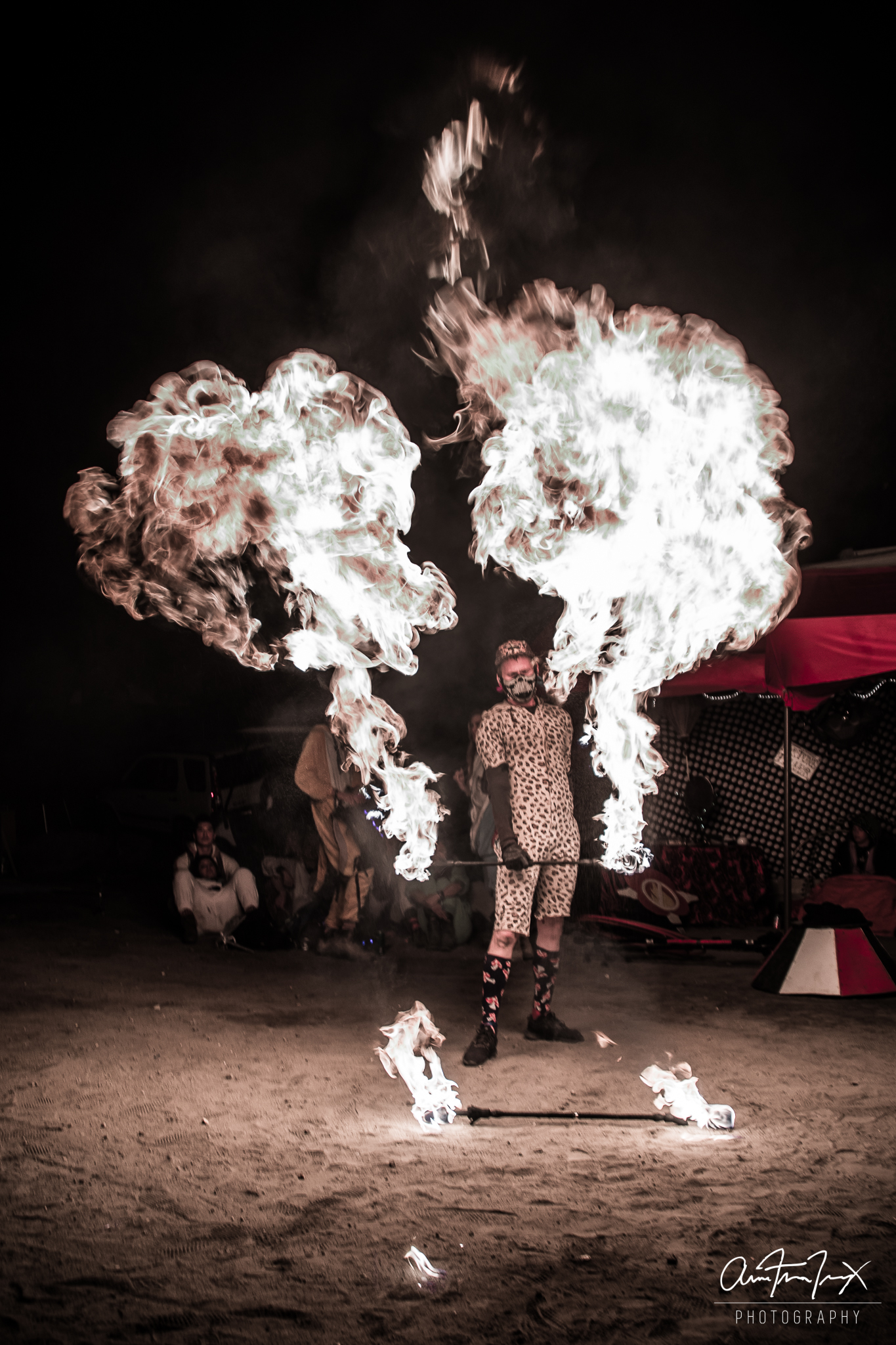 Logistics Hub
The Logistics Hub is responsible for on-site infrastructure.  Our main job is providing other departments with food, shelter, equipment, and supplies they need to do their job.  We also support some theme camps and artists directly by supplying power and occasionally labor.  All participants can directly access benefits including on-site sales and leave no trace outreach.
This year’s Logistics Hub Leads were Colin Jemmott and Sam Eakin. The overall goal of the logistics hub lead is to empower their department leads.  Generally this means making sure that each lead has the information, resources and team that they need and then sitting back and watching them kick ass.
There are 6 departments with the Logistics Hub:
1 – Commissary (Led by Johnny and Yin): Our commissary feeds hundreds of volunteers throughout the event.  Responsibilities include coordinating with caterers, assuring food safety standards, keeping the commissary clean, and managing access.
2 – Dispensary (Led by Danksa and Little Bear): Before the event each department lists all of the physical assets that they need – everything from shade structures to radios to office supplies.  Dispensary is responsible for approving, sourcing, transporting, dispensing, collecting, maintaining and storing all of it.
3 – Wolfpack (Led by Animate and Tank): Wolfpack is responsible for Youtopia’s infrastructure.  This includes designing and implementing the power grid, running heavy equipment, deploying light towers, setting up and taking down shade, fueling, trash hauling, and similar tasks.  When possible they also assist other departments and theme camps with build and strike.
4 – On-site Sales (Led by Fin): Coffee and ice are the only things sold inside the event.  On-site Sales manages this, including interfacing with outside vendors, managing the cafe, record keeping, cash handling, and making seriously tasty coffee.
5 – Leave No Trace (Led by Bravo and Nikki): LNT oversees a diverse set of techniques to make sure we leave the site cleaner than we found it.  This includes promoting public awareness, managing public recycling, major cleaning pre-event, moop sweeping post event, and assisting with the moop map.
6 – Special Projects (Led by Jake and Knotty Boy): Special projects is a new department this year.  Responsibilities include civic lighting, on-site signage and acting as the operations camp mayor.
What did we do incredibly well this year?
Each department in the logistics hub absolutely killed it in some aspects.  But taken as a whole there are a few trends that stand out:
1. Practice.  Changes in the logistics hub in 2017 were not revolutionary but incremental.  Building on previous success allowed us to do a better job with less wasted effort.
2. Interdepartmental Communication.  Communication within the logistics hub was good, but communication with departments from other hubs as well as participants was significantly improved from previous years.
3. Improved Safety.  2017 saw reduced reports of unsafe driving, better practices around heavy equipment usage, a safer power grid rollout, less broken equipment, and fewer injuries among logistics hub volunteers.
What could we do better next year?
While there are many small changes that will improve the logistics hub, there were three larger challenges that affected multiple departments:
1. Imbalanced workloads. Some leads and volunteers always step up and do more.  But as the event has grown and matured, some of the roles have grown in responsibility while others have not.  Frankly, some leads and volunteers are being asked to do too much.  This not only causes burnout, but reduces the most enthusiastic volunteers’ ability to mentor, look at the bigger picture, and help set the culture of the event.
2. Financial controls.  This is not a new issue for 2017, and the initial audit of expenses did not show any irregularities.  That said, having a clearly documented purchasing, contracting, and expense approval process that is followed carefully will help everyone be better custodians of the community’s funds.  Better real-time financial reporting will help all departments budget more carefully and improve oversight.
3. Late start.  While the planning process started early in 2017, the actual work of planning the event was largely postponed until tickets went on sale, which was about a month later than 2016.  This compressed schedule caused issues throughout the logistics hub and beyond, especially with Burning Man being in the middle of the production cycle.  There is no reason to delay planning until ticket sales start – the logistics needs of the event are established and planning in all logistics departments can begin in earnest as soon as leads are chosen.