Shrine of the UnGranted ARt
A Phoenix rises from the ashes with the hopes and dreams of the UnGranted Artist.
To make collaborative art you need money and sometimes grants-hoped-for are not received. Then the unwelcome ritual of mourning your unrealized visions begins. S.U.G.A.R. pays homage to 3 un-granted regional projects, to all those who have come before and those yet to feel the sting of loss. Its purpose – to give us all a good laugh and encouragement to persist!
It all started around November 2016 when we decided to throw away a year of our lives and build large scale art for BM 2017. After an exhaustive collaborative process, what we created came to be known as The Effect. 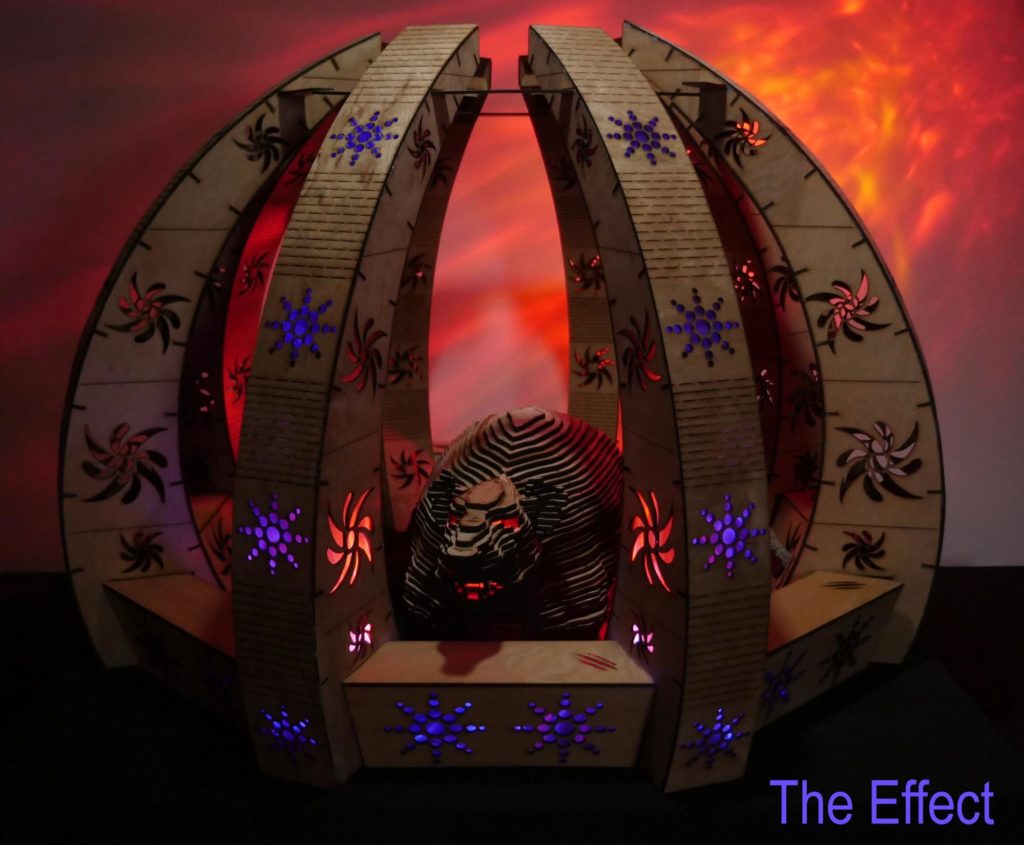 We applied for an Honoraria Grant from BMORG, but were turned down for what was half of our $26K budget. We didn’t see a manageable path to fundraising the entire amount in the time available, so The Effect was tabled, perhaps to be revisited at another time.
That’s when it happened…
One of the leads on the project had never really considered herself an artist, but was feeling a major sense of loss – grief even – around the  decision to let the project go. She felt as if she’d lost a dear friend and wondered how she would ever be able to share the complex set of “truths” – thoughts, experiences, learnings and feelings the project held for her. That’s when she KNEW… I AM an artist!  So in a cathartic attempt to come to terms with all of our loss we started to scale the piece down to the BMorg specs for shrines to be placed in the pavilion around the Man. The process was amazing – we laughed, we cried, we submitted it for approval.
We were once again denied and – on principle – we get it – heck, we called it UnGranted right in the name.  But, with the BM gods repeatedly telling us “no” we defiantly stuck our collective finger in the air and decided we had had enough – no matter what – S.U.G.A.R. was going to Burning Man!
(Now, as punk rock and rogue as all this sounds we’re just too old to care about our street cred. We submitted a proposal to SDCAP and they generously granted the project enough money to make it real – we can’t thank them enough!)
S.U.G.A.R. is an homage to 3 art pieces that sought and didn’t receive grants from BMorg this year.  The Effect, The Journey and Black Rock Observatory all gave their blessings and helped with designs where needed. (Look for The Journey on playa this year and donate if you can – amazing piece and team!)
As soon as the decision to create S.U.G.A.R. happened the team jumped into action – designing, programming files, creating 3D art and, most importantly, asking the community for help – which as usual was granted in abundance!  Much of what we’ve pulled together has come from so many different sources that all you can feel is hopeful – collaborative art really does bring out the best in all of us (and then it goes south, but that’s another story). So many have participated in the designing, cutting, sanding, painting, engineering, gifting etc – thank you, thank you, thank you!

Here’s the thing, the shrine hosts the turmoil of the ungranted artist and encourages looking past the despair. This is a piece dedicated to moving on in spite of the resistance – going around obstacles or plowing through them. It’s simply about not giving up.
Look for S.U.G.A.R. in front of Pink Heart on the Esplanade at Burning Man and near center camp at YOUtopia. 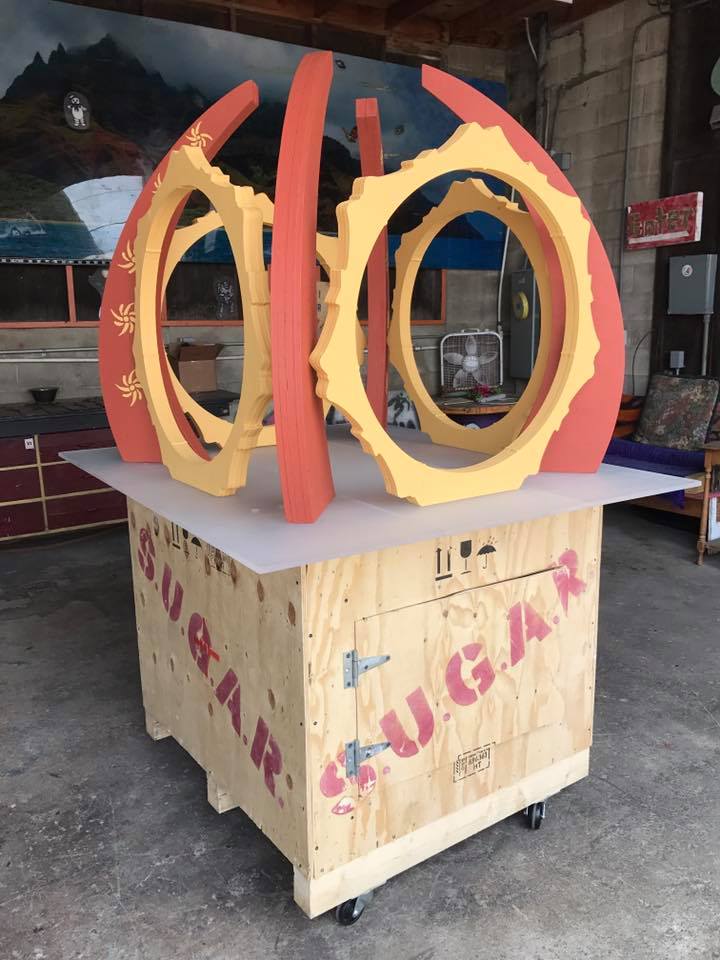 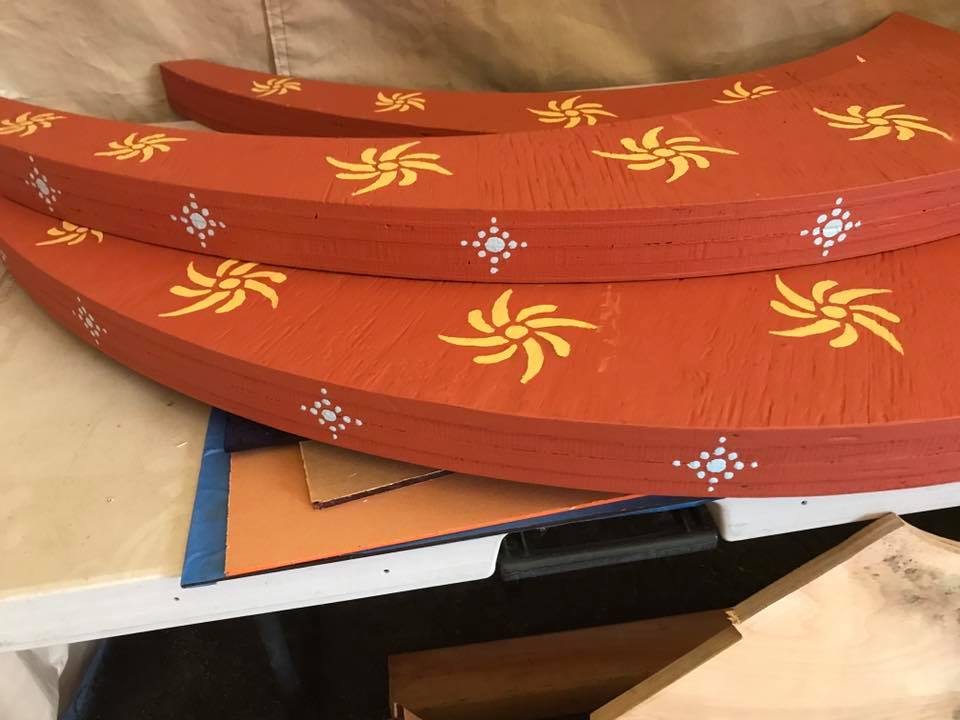 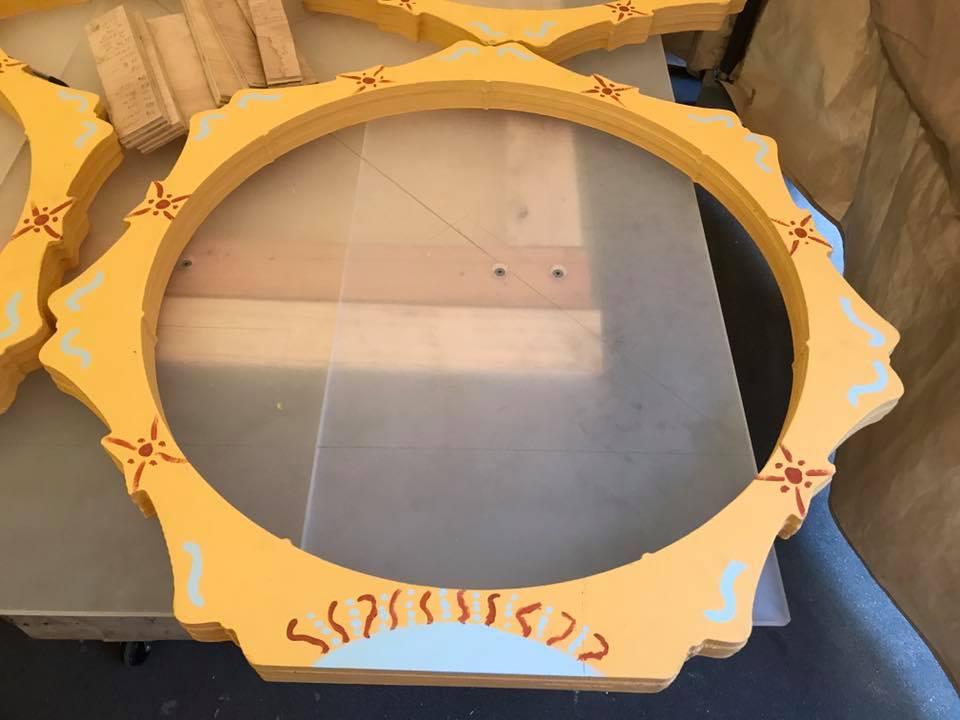 *This was written (and pics are from) June 2017 and will be updated with finished pictures from both events in Nov.*