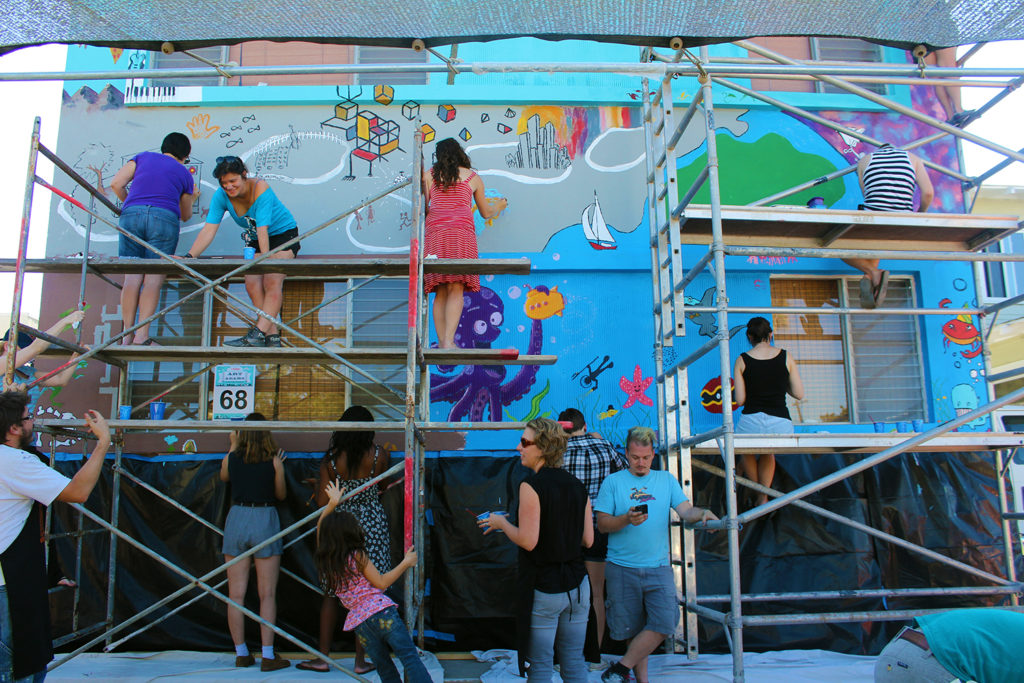 Thank you to SDCAP for supporting “Our House, Your Canvas”, a project by The Normal House.
The Normal House is a small, intentional, co-housing community in the Normal Heights neighborhood of San Diego founded in the fall of 2012.
As part of Art Around Adams, a free event that showcases creative talent and businesses in Normal Heights, the community was invited to participate in mural painting on the front of the house. We were blown away by the community response, both during and after the painting.
During Art Around Adams over 200 people picked up a paint brush and expressed their creativity. We had planned to stop painting at 7pm, but had to force the last people to leave close to midnight! Then several people (strangers) came back the next day to ask if they could keep painting.
An unexpected and wonderful outcome from this collaborative project is how it has affected the neighborhood. We finally met neighbors that we have lived near for years (the neighbors across the street came over to suggest we use some glow in the dark paints). People come to “visit” their painting, and show it off to friends. The response has been uniformly positive, and the neighborhood feels has a more interactive and creative spirit. 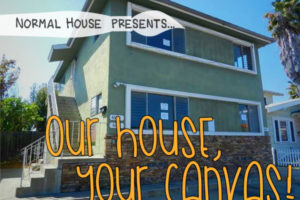 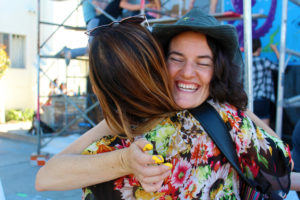 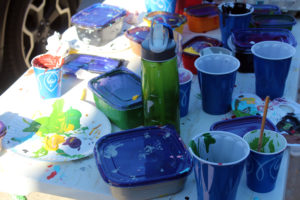